Mobile internet usage in India has grown hugely, especially after aggressive entry of Reliance Jio. But, what is the state of mobile internet speeds in India? The Speedtest Global Index shows that India ranks at position 120 out of 137 nations indexed, with an average of 10.13Mbps average speed. But this is a misleading figure, aggressively pursued by the telcos, in the race of "who's the fastest network". 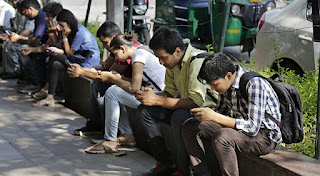 If one follows general subscribers' reports of suffering with internet connectivity and network speeds, it'll be soon very clear that the indexed figure belongs from a few very lucky users who get top speeds, and telco-appointed guys who roam near the towers (apart from telcos offices which get highest speeds) who submit speed reports continuously.

Due to personal reasons, I spend most of my time indoors and due to a temporary home shift, I had to rely upon mobile internet, quitting fixed line broadband. Before my home shifting, Reliance Jio started it's journey with the free preview period and the commercial launch happened months before my home shifting.

At my permanent residence, I used to get around 4 to 8Mbps during the day time, and around 16 to 24Mbps at night. Now I live just 30 meters away, in my temporary residence, I have two Jio connections, one being in the JioFi. Internet speeds are miserable now. Information says there's a tower three streets away from my location, but still, misery continues, they need more towers. 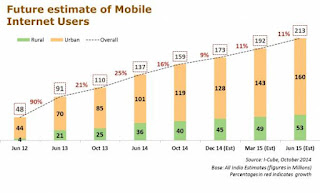 On the other hand, the market is overflowing with marketing gimmicks, lucrative package plans, but subscribers are banging their head on the walls, no matter which network they're using! Airtel, Vodafone, Idea, Jio - subscribers are helpless.

My Jio SIM gives me acceptable quality voice calls, so I'm going to continue that; but I'm unsure about the SIM connection in JioFi, that pack expires on April 6th. I'll have to decide before that, whether to let Jio keep fooling me and make Ambanis richer, or I shift to fixed line broadband.

State-owned BSNL has been successfully ruined by the conspiring private telcos.
Labels: Internet
Email ThisBlogThis!Share to TwitterShare to Facebook