Menu
Home » Updates » How is the quality of life & time we spend in Facebook?

How is the quality of life & time we spend in Facebook?

I started my journey as a Facebook user in 2006. Now in 2016, I've deactivated my account, with no clue as to when I'd reactivate it, or whether I'll ever reactivate at all! Something serious happened to me? NO! But, something nagging, disturbing, irritating and it is persisting; I've, earlier, deleted one account, this one I deactivated, was my second innings. The reason why I deleted my first account is the same due to which I deactivated my second account. 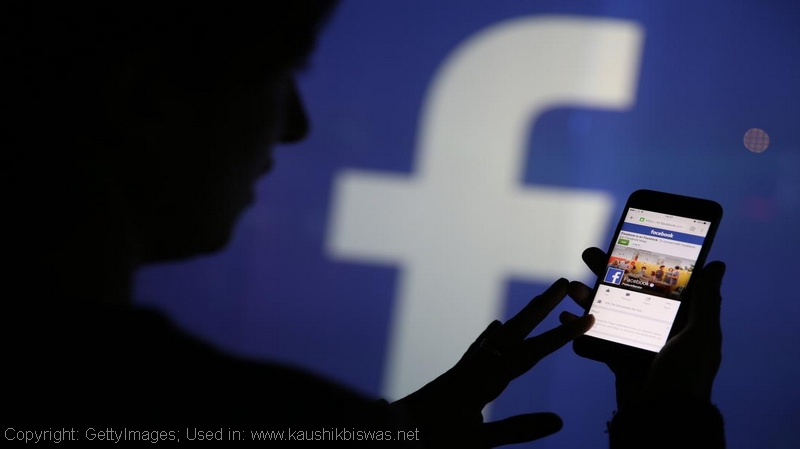 Well, there's no problem in Facebook, all the problem is about the people and how they use it. In India, people, mostly with very less engagement in real life, use more time in Facebook. And here lies the real problem. Which kind of people have less engagement in life? THE LONELY PEOPLE. And, who doesn't know, these lonely people have lots of problems they cannot handle themselves and they affect the other people.

Some people, who use Facebook for business or other kinds of profits, have little problem but individuals seeking to keep in touch with friends and others will definitely face weirdness of the people they're trying to reach out to.

Some day, some one or two or more will spit out their political agenda, another day it will be a depressed and suicidal soul determined to win over others by hook or by crook, day after tomorrow there will be friends trying to show themselves as truest family guys by posting pictures of their wives & children and what they're eating or where they're holidaying, another friend group is probably partying keeping someone else left out etc. etc.

Make a mistake of exchanging views with some of the above - you're finished. Reduced down to nothing. At least, that's the Indian mob's desire in Facebook. Spit poison. Anyhow. Always. Never stop. That's something Indians can do with perfection. Oh hell! One day you'll surely think, why am I struck here, what am I doing here at all? Have most of my countrymen got sick in their mindset? Seems so!

In this online social world of Facebook, slowly unfolds the real anti-social behaviour of many. Not all off course. Okay, I've had enough. I said to myself and to everyone in my 'friend list', that, I have my real life - offline - and I'm prioritizing issues and persons around me, rather than forced to feeling like a stupid by a mass of future-less idiots. Real life has much better things to offer than the online social world.

And this is the reason why today's young generation are really not much into Facebook. It's not they aren't socializing. They're engaging into much deeper social engagement through other platforms, mostly WhatsApp, through person-to-person chats or group chats. We have something to learn from today's generation. The middle-aged group of people in Facebook is rotting up everything, and they're the ones who primarily runs Facebook, Facebook exists for them mainly.