Debraj Roy, residing in Park Circus C.I.T. Road, called Airtel guys for a demo of their 4G USB modem internet connection and he was fully satisfied with the speeds, he ordered his own package and got one recently. But to his surprise, after installation and use, he saw his modem was giving only EDGE signal and not a trace of any 4G signal.

Needless to mention, he contacted Airtel 4G customer care numbers several times. They responded by saying that his 4G connection has been activated and that all should run well. But that's all, there were no further try from Airtel's side to solve this problem. Debraj now feels he has been badly cheated by some unknown tricks and his investment into the product became a bad loss. 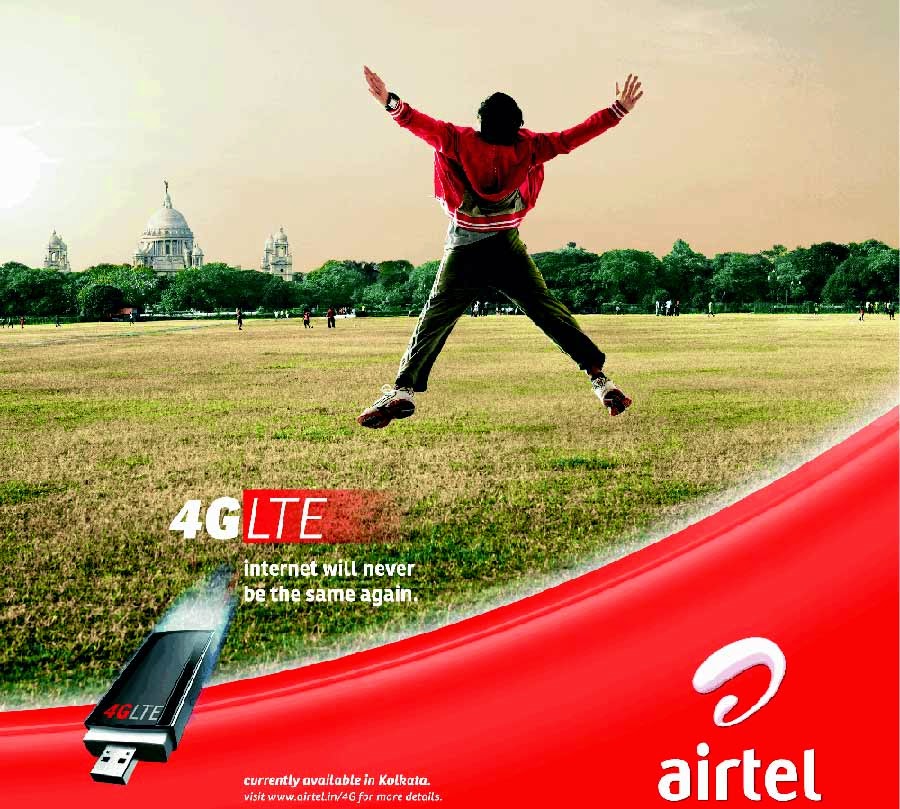 Even I was very surprised to hear this. Any common user will wonder how can this happen after a successful and satisfying demo by the company representatives? Well, it will keep us guessing but it has indeed happened and I have suggested him to complain at another effective place so that Airtel takes serious note of the issue and attempts to resolve the matter promptly.

Now comes another question, I am hearing similar complains about MTS Mblaze Ultra modems. In fact, my own MTS connection is giving me 2G speeds and I have complained to authorities and waiting for a solution. It makes me think what's going on in the market? Some companies are using deceptive policies and misguiding customers to buy their products which are not up to the mark?
Labels: Telecom
Email ThisBlogThis!Share to TwitterShare to Facebook