When Mamata Banerjee called for a ‘change’ in West Bengal with the Congress as her ally, the 34-years-long Left Front regime came to an end. Afterwards, the allies have parted ways and later contested the panchayat election in the state separately, wherein support for the ruling party kept pouring in. This time, ahead of the impending general election, the TMC supremo has raised her pitch with the ‘Delhi chalo’ slogan, in her rally in the Brigade Parade Ground in Kolkata. Soon after, BJP’s PM nominee, Sri Narendra Modi also addressed a rally in the same venue. So did the Left Front. All the three rallies saw participation of people in large numbers.
The only party which did not make a major appearance in the state with their plans and proposals for the 2014 general election so far is the Congress. After Mamata’s withdrawal of support to the UPA-2 government in Delhi, the Congress also decided to break away from the alliance in the state level. But this move left the party helpless, with a few leaders changing sides and joining Mamata’s party.

Meanwhile, Bengal carefully watched the rise and fall of Arvind Kejriwal in Delhi. The Aam Aadmi Party, which was formed out of Anna Hazare’s anti-corruption campaign, went on to form the local government in the capital city and then the chief minister resigned within 49 days. Bengal has seen all the promises being made, whether fulfilled or not, and also the changing of stands by the leader. Kejriwal’s aim to gather one crore members for AAP and his party’s intention to contest in more or less 300 seats in the Lok Sabha probably rang an alarm in the mind of Anna Hazare, who has now openly come out in the support of Mamata’s TMC.

It is not yet clear how AAP will score in West Bengal, whether they will contest from the state or not, it’s clear that the Left Front’s aim for a non-Congress and non-BJP alliance isn’t going to make any major impact in Bengal. On the other hand, the Congress party is lacking in its approach and activity in people’s issues of concern, with a weak footprint in some pockets in the state. The new PCC chief has expressed that his prime aim will be to retain the party’s 6 seats.

When Narendra Modi addressed the crowd in Kolkata, he knew his party has no significant importance in the minds of the local voters and he had to bank on his collective nationwide campaign results and the opinion poll results put forward by the various media. 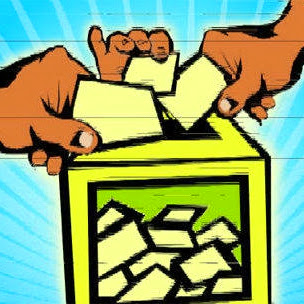 There’s high possibility that the TMC will lead the contest and will march to Delhi with larger number of seats than what they have in the parliament now. BJP, which had one single seat from the Darjeeling constituency in 2009, may gather a few more this time, but only if the people trust on the Modi factor. The rest of the seats is expected be shared between the Left Front and the Congress. The AAP impact is yet unknown.

There are a few more days left in the current session of the 15th Lok Sabha. The dates for the 2014 general election are expected to be announced in the next 30 days or so. Along with the rest of the nation, West Bengal is also gearing up for a very interesting round of political campaigns and hot debates. The parties are busy preparing their list of candidates and announcements are to be done soon.
Labels: Politics
Email ThisBlogThis!Share to TwitterShare to Facebook